The Power of a “Small” Story

A couch. A gazebo. A mouse. Target.

These were the topics of personal application essays that helped the writers earn admission to Stanford, UPenn, UC Berkeley and MIT. These essays contained no lists of accomplishments and no bragging, just good stories that revealed who the students are and what makes them tick.

The student who wrote about the gazebo was writing to the former Common App prompt about describing a place where you are perfectly content, what you experience there, and how it is meaningful. When I asked this student and other rising seniors in a workshop to jot down their special places, no one hesitated. They were then asked to brainstorm about their favorite hangouts using the 5 W’s and the 5 Senses. I noticed that one student wasn’t writing. When I asked her why, she said her place wasn’t all that significant. I pointed out that she had written down her happy place immediately, so it had to be meaningful to her, but she shook her head, a little embarrassed. After more prodding, she finally revealed that her place was the gazebo at her neighborhood park; she liked to stop there on her way home from school. I asked her to stop judging and write. When I checked on her a few minutes later, she was engrossed, her pen moving effortlessly.

This brainstorming exercise helped this student discover some engaging material that was unique to her. She later adapted her notes to a similar prompt for another school:

Describe the world you come from: for example, your family, clubs, school, community, city, or town. How has that world shaped your dreams and aspirations?

After further brainstorming about her dreams and aspirations, this student realized she could perfectly link her thoughts. The resulting “simple” story about a gazebo in a park helped earn her early admission to MIT:

My eyes drift away from “Exploring Gymnosperm Diversity” in my biology textbook as two women in hijabs wander into my gazebo and say hello. A few minutes later, an elderly Asian man stops to take in the view of the lake. Then, two teenagers burst in. I’m drawn to the one on the skateboard because I skate, too. They’re blasting awful hip-hop, but I like the beat.

I love going to the park after school to do my homework. I prefer the solitude I feel when I’m alone in the company of strangers to the loneliness I often feel at home as an only child. Unlike the chambered nautilus, I like to find space outside my shell where I can open up to the world. As all these characters come through my gazebo, I feel oddly comfortable with them. I feel a connection.

I’ve realized that these chance meetings face to face in the park are no different than the Canterbury of tales I read about online in the “Lives” column of The New York Times or while interacting through hashtags on Twitter and blogs on Tumblr. Such online encounters are natural for me, and as a computer scientist, I want to create more of the technology that makes them feel so natural. Through advancements in artificial intelligence, human-computer interfaces, and mobile computing, I want to hear and help share other people’s stories, whether on the other side of the gazebo or the other side of cyberspace.

In just 247 words, we learn much more than the simple fact that this student likes to study in the gazebo after school and wants to become a computer scientist. This essay is loaded with information about the writer, and it is all conveyed through good storytelling. I want to note that connecting her ideas was not planned; it was discovered. If you let yourself go and explore without judgment, you’ll find great content, too.

The student who wrote about the couch in her living room as her place of contentment gained early admission to the University of Pennsylvania. Now, the couch wasn’t her literal world, but the stories about how her family acquired the couch and the life experiences that occurred on and around it were:

The leg is still crooked from the day we found it lying on the street, unwanted. We took it home. I had never seen my parents so excited. When they came to America, all they brought with them were two suitcases. My father was looking for a job and my mother took care of my brother and me, so they counted every penny. Finding something we needed was a gift.

Thirteen years later, that couch is still in our living room. The orange stain on the cushion reminds me of the day my brother taught me how to throw a basketball. He showed me his special flick of the wrist, which I imitated, forgetting the Orangina in my hand, which went flying. My brother and I have spent a lot of time sitting on that couch. We talk about everything: what kind of friends I should make, which classes to take, and what kind of person I should be.

The condition of the left arm has worsened lately. Sometimes when I’m too tired to stand while practicing viola, I lean on it for support. While working on Brahms’ Sonata No.2, I swayed so much to the romantic music that I gradually wore off the paint…

The essay continues, including a passage that even though the student’s family now lived in a spacious house and could afford new furniture, they have kept the old couch. Again, we gain a clear sense of who this student is by reading her essay.

When one of my student’s parents caught wind that she was writing about Target as the world that inspired her dreams and aspirations, they were not too thrilled. “This is her college application,” they argued, “she should be writing about something more serious and about her accomplishments.” I asked them to step back and let their daughter complete the assignment. The result was an incredibly revealing, insightful, and powerful essay that earned her admission to both UCLA and UC Berkeley.

For some, it’s the floral perfume of a beloved grandma or the aroma of freshly brewed coffee that welcomes them to their happy place. For me, it’s the oozy smell of cheese pizza riding on the burst of refrigerated air as automatic doors part for my arrival.

Bright lights flash above advertising what the current season brings, whether it’s rainbow-colored highlighters or the newest Disney princess costume for Halloween. My first stop is always the dollar section, where I run my fingers over tacky pink and periwinkle trinkets and king-size Mr. Goodbars. Then I circle the white faux-marble road that leads me around my Land of Oz. In the food section, I pretend I’m the head chef of a Michelin-starred restaurant, getting the basil I need for my signature pesto pasta. In the clothing section, I’m an explorer in a forest of fabrics, grazing my hands on the diverse foliage of cotton, polyester, and chiffon.

I rarely buy anything when I go to Target, except the basil. I go there because I need something, even though I know I won’t find it on the shelves. Target has order. Everything has its place unlike the chaos in my home when I was younger. A raised voice, a shattering dish—any noise made me jump to my feet…

You want to keep reading this, don’t you? The essay goes on to reveal more about what the student wants to do with her life and how the inspiration began while sitting in the Pizza Hut in her neighborhood Target and writing about all the “characters” passing through, which became a habit.

Several years ago, I listened to a podcast where an admissions counselor said the essays they most dreaded reading were the “mission” essays—wherein a student travels to a remote village “to help change peoples’ lives,” but the people there end up changing him/her. Now this is all good and it’s not that you can’t write about such endeavors, but you must find a personal angle to avoid the cliche.

One of my students went on such a mission over his summer break. When I asked him what his most memorable experience was or if he met someone who left a lasting impression on him, he immediately mentioned the man who sat next to him on the plane to China. My student recalled that when he first walked down the aisle to take his seat, he was not too thrilled about having to sit next to someone “so old” for 13 hours, let alone someone from a culture that was historically at odds with his own. Well, they ended up talking for hours and that’s what the student wrote his essay about—their conversation and what he gained from it. Yes, the purpose of his travels was related in the essay, but it was told through story. Win win.

If you are applying to competitive colleges, keep in mind that hundreds or thousands of other students who are also applying to that school will have many shared experiences, from having straight-A’s to being a star athlete, debate champion, published researcher, academic decathlete, concert musician, young entrepreneur, or volunteer extraordinaire. If admissions counselors looked at just your resumes, GPAs and test scores, you’d all come across as cookie-cutter applicants, despite your honorable achievements. Reiterating your stats in your essays is not only redundant, it’s also boring! To avoid being one of many vanilla wafers, think small! Dig for the delicious details of your life stories—those experiences that only you can write about.

If you or someone you know would like to be a Guest Editor for College Scoops, just send an email to guest_editor@collegescoops.com. We love collaborating with experts in the college and parenting space to share your story and expertise with our College Scoops community.

Jody Cohan-French is an award-winning writer, editor and college application coach. She is the author of The Write Way into College: Rising Above GPAs and Test Scores with Memorable Application Essays, an Amazon best seller in College Entrance Test Guides. www.jodycohanwriter.com
← Previous Next → 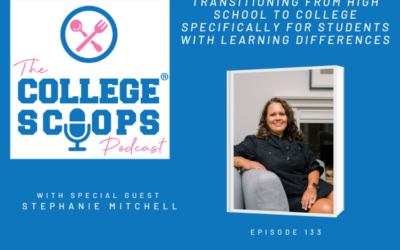 Episode 133: Transitioning from High School to College Specifically for Students with Learning Disabilities

Listen Now: Subscribe: The transition from high school to college can be tough for students, especially for those who have learning differences... 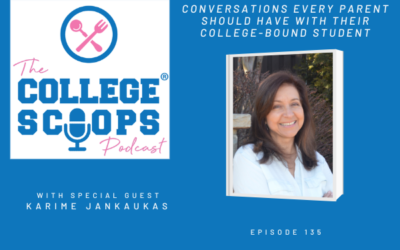 Episode 135: Conversations Every Parent Should Have With Their College-Bound Student

Listen Now: Subscribe: Going to college is a big step and can be an overwhelming process. Before students decide where they want to go, there are... 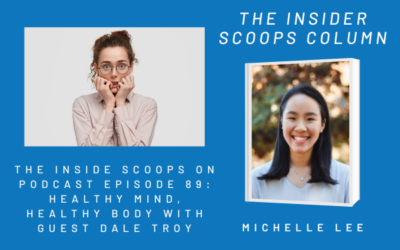 Install this College Scoops on your iPhone

and then Add to Home Screen